Where do I start with half-class grouping??

Posted by Matt Goodwin on March 02, 2018
As I already mentioned in a previous blog post, grouping my maths class into mixed ability groups was a difficult concept to get my head around. However the concept of also splitting my class into only 2 groups (i.e. half the class in each group), left me feeling pretty clueless about where to begin. This is what I did. 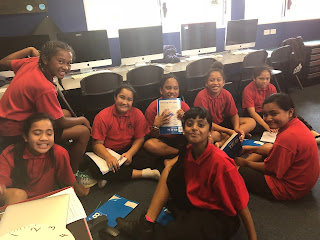 I decided to start by finding out what it was like to teach half the class as one group. So, instead of worrying about how to group them, and who to group them with just yet, I simply asked to see the Girls and Boys as seperate groups. The learners absolutely loved it, but in hindsight (and what a beautiful thing it is) this may not have been the best decision... BUT, it did allow me to get a feel for what it would be like to have half the class down on the mat. 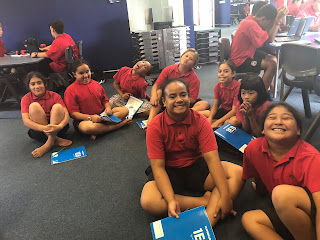 After a week and a bit of staying just the boys and the girls. I finally decided to regroup. Initially I asked each group of boys and girls to split into 2 groups and then combined them from there. I later read that social groupings does not necessarily (and in most cases does not) mean "friend groups". So I rejigged some of the kids around after that. After I had done this, I looked at their current achievement data, and found that the kids had organically done a pretty decent job at mixed ability grouping all on their own! The ability spread was pretty even across both groups, and I hadn't had to do any of the work, fantastic.


I'm looking forward to learning more about the DMIC approach, and getting better at it. It's exciting, and the more I experiment with it, the more confident I feel. I just hope/ fear that I'm not wasting too much precious learning time figuring it all out too much..
2018 Inquiry CReflect CTry DMIC inquiry LReflect LScan

Interest... Engagement... Now what?  I felt like my inquiry hit a bit of a wall. I spent a lot of time in the beginning finding out what my learners wanted and needed from writing. I have explored various ways of chunking learning into bite sized sections to try and appeal to the boys. I have developed templates that has helped stop a full piece of writing seem to daunting. I have even looked into how the physical space of the classroom can be manipulated to suit the needs of the learners. What I haven't looked at is how to innovate the way that writing is shared on student blogs. It seems a little bit odd to spend so much time innovating ways to increase boys motivation and engagement in writing, when the act of sharing the writing remains boring and unappealing to the kids. As a teacher I have a very biased view of a 5 paragraph piece copied and pasted onto a blog. I can skim read the the title and introduction and get a feel for the quality. It took a comment from another 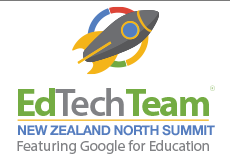 Had a great time at GAFE summit this year in Auckland! Saw some great sessions and learned heaps! Was my first time presenting this year too, had a blast. Thank you to everyone that came to mine and Karen's sessions, and thanks to all the feedback we received. Met some great people, and made some great connections. Here's the presentations we gave, feel free to email or tweet me any questions you have about the slides or our sessions. Here is our Visible Learning slides from our first session. ...and here is the HTML slides from our second session. 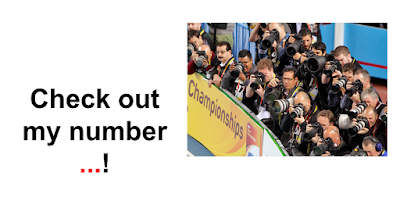 Bit of an update... Last post I said my focus would be on trying new things, and I thought I would share the two new follow up tasks I have done so far. Whats my number   - Link This task was copied   adapted  from Lisa Stickland's programme that I really liked.  Basically the students pick a decimal number of their choice, and show it in a various number of ways throughout the presentation.  It's not a problem solving task, but it's helping my students become more familiar with decimals. Can I afford it   - Link This task is more cognitively challenging than the 'what's my number' task. It requires the students to figure out how many items they can buy, based on how much money they have to spend.  What's really cool is that it allows students who want to challenge themselves, a little bit more freedom to do so.  This task worked well, however it required a lot more scaffolding than I expected. It will likely be adapted further as I get mo